The goal for the project of 'Antonomous printable robot' is to create a printable antonomous paper robot, which is only made of power source(e.g. battery), paper and conductive thread. The biggest challenge is to control locomotion of robot without computer chips. The proposed solution is to design a mechanical logic to implement the functions of Clocking and Switching.

Last week, the Version II of mechanical logic was created. Comparing with the Version I, the complexity of Version II is greatly reduced by using new "switch" stucture. Thus the assembly process requires less time. Also, the reliablity of the switch function is improved due to its overlapping structure. 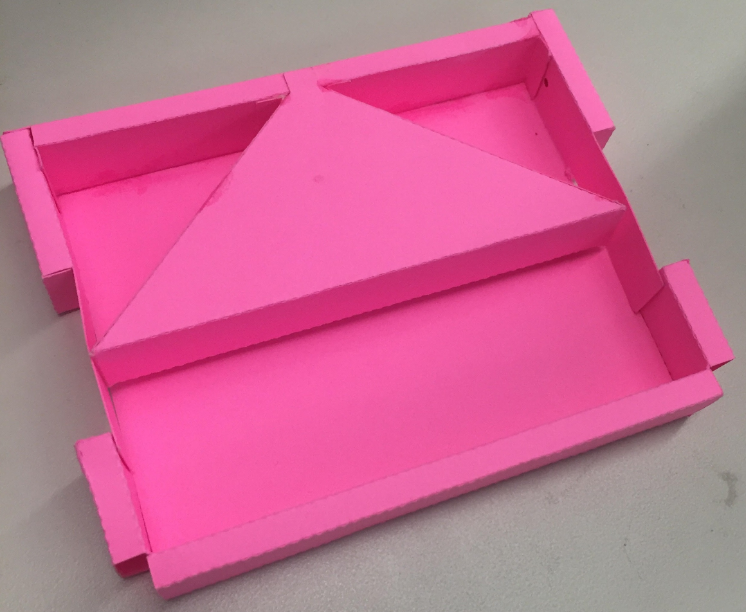 Note: the picture is the frame structure of mechanical logic, other components are missed here.