Bringing up the BLE multimeter board, revision 2

This time around, there's no blue wires, and things generally went according to plan. The one place where things didn't go according to plan (and you can see from the flux residue on the left side, compared to the cleanly reflown right side) is the opamps, I made a part substitution (because thanks parts shortage) that turned out to have been only almost pin compatible (the SHDN pin is inverted... so the parts were hardwired to be off). Those were replaced, and everything works fine now.

Bringing up the ADC was also a bit painful, apparently the IRQ line needs to be pulled high or the chip doesn't output data at all (how does this even make sense). But eventually, all the hardware blocks seemed to run. 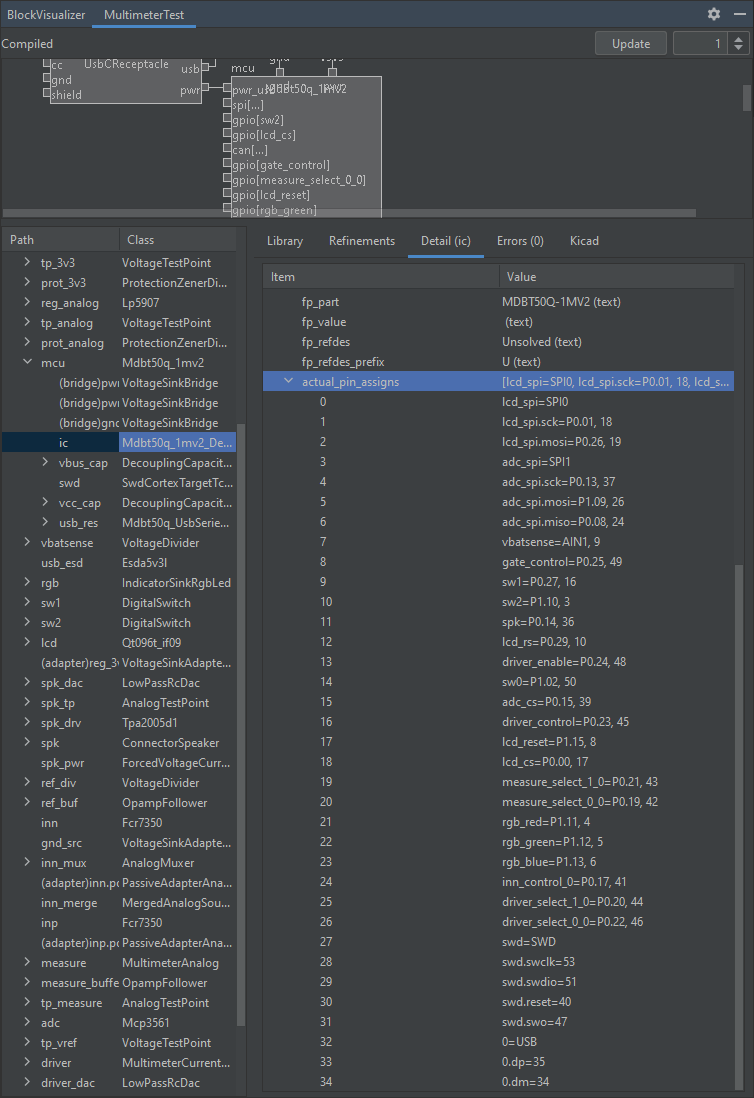 There have also been quite a few infrastructural refactorings that have improved quality-of-life in the design process. One is the clean-up of the microcontroller pin assignment system, such that it includes the pin names in addition to the pin numbers. With this piped through to the IDE (shown above), the names can be directly used in the firmware pin mapping, as opposed to figuring out the names by juggling the layout and the datasheet.

Eventually there will be more work on the multimeter firmware - for example, automatic detection of AC/DC volts, diode vs. resistance mode, maybe even diode/resistance/capacitor mode.