Finally, I made the mechanical logic works for several times though just single side of it. This is a great progress towards final goal. During past week, the uncoiling issue was eliminated by adjusting the annealing temperature and using thinner thread to form a mechanical stop. On the other hand, the reliablity of contact between SCP actuators and contact tab was enhanced greatly though not prefect. After several runs, the end of SCP actuator became sticky when iut was supplied with power. So for the upcoming week, I will continue to solve this issue and try to get the mechanical logic fully work. 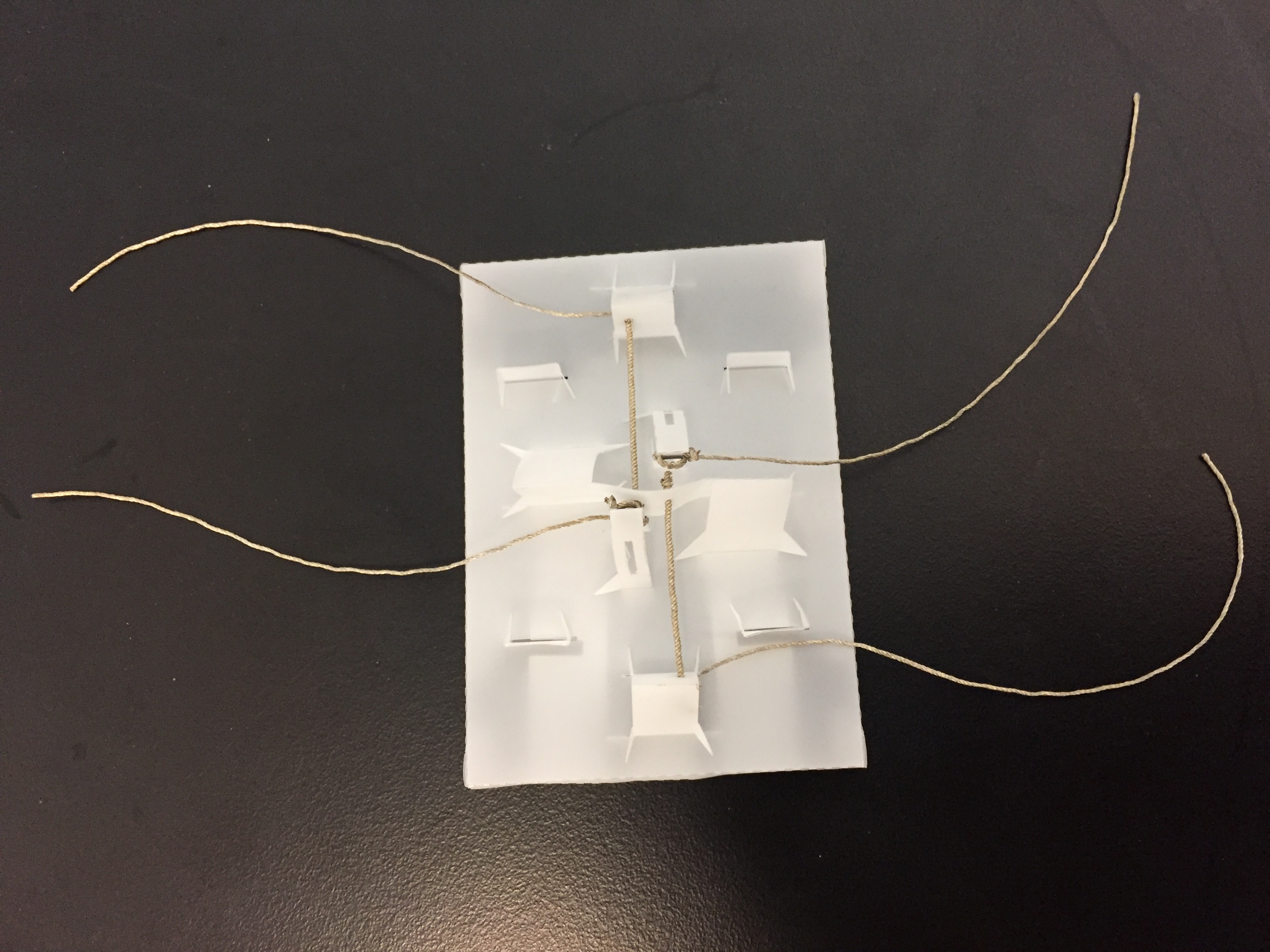 In addition, the Adding-Finger-Joint function was almost blent into original RoCo system. It was achieved by calling special key word within make_output() function. The only challenge left is to figure out the transform() function work in order to make the finger joint decoration added into correct position. Or I will try to write a new function to implement this goal if the transform function does not work well for me.