While the circuit board HDL compiler and examples have been open-source since we published our UIST'20 paper, we've only recently started rapidly building examples and been able to get the libraries to where this whole system could be more widely used. And as part that push towards release, we've finally rewritten the tutorial. So, if you're interested in trying a new way of building PCBs that has more automation and raises the level of design more towards system architecture instead of technical minutiae, give it a try, and feel free to drop me an email about your thoughts! 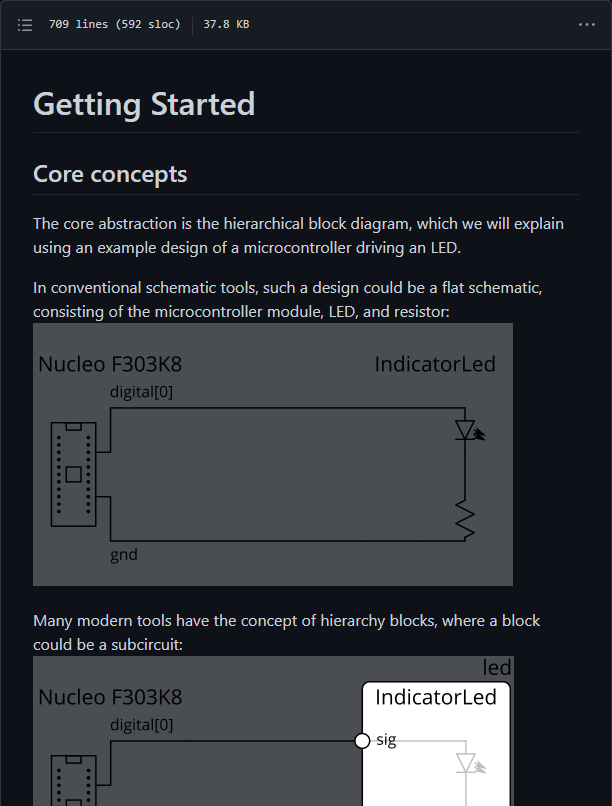 Do note that while things are a lot more stable and usable than they were just a few months ago, this is still a work in progress project, and one that can be enhanced significantly by a richer set of libraries. That being said, we're definitely open to feedback, suggestions and collaborations!

With all the recent development work over the past months (including the major model changes for port arrays and multipack, as well as IDE interface cleanup), both the HDL and IDE tutorials have gotten severely outdated, especially since they were originally written for user studies for their respective papers. So if we wanted to have any chance of getting external usage, having a good tutorial was going to be crucial - which is what we finally did. And major thanks to all those who have helped review the tutorial changes and helped make it better than the initial version I bashed out!