The last two weeks have been conference season, with a demo at UIST and a paper at SCF (Symposium on Computational Fabrication). In particular, if you're been following the prior posts on array ports and multipacking, that's the topic of the paper and it's presented in a much more unified and coherent way than could be done in a few blog posts. 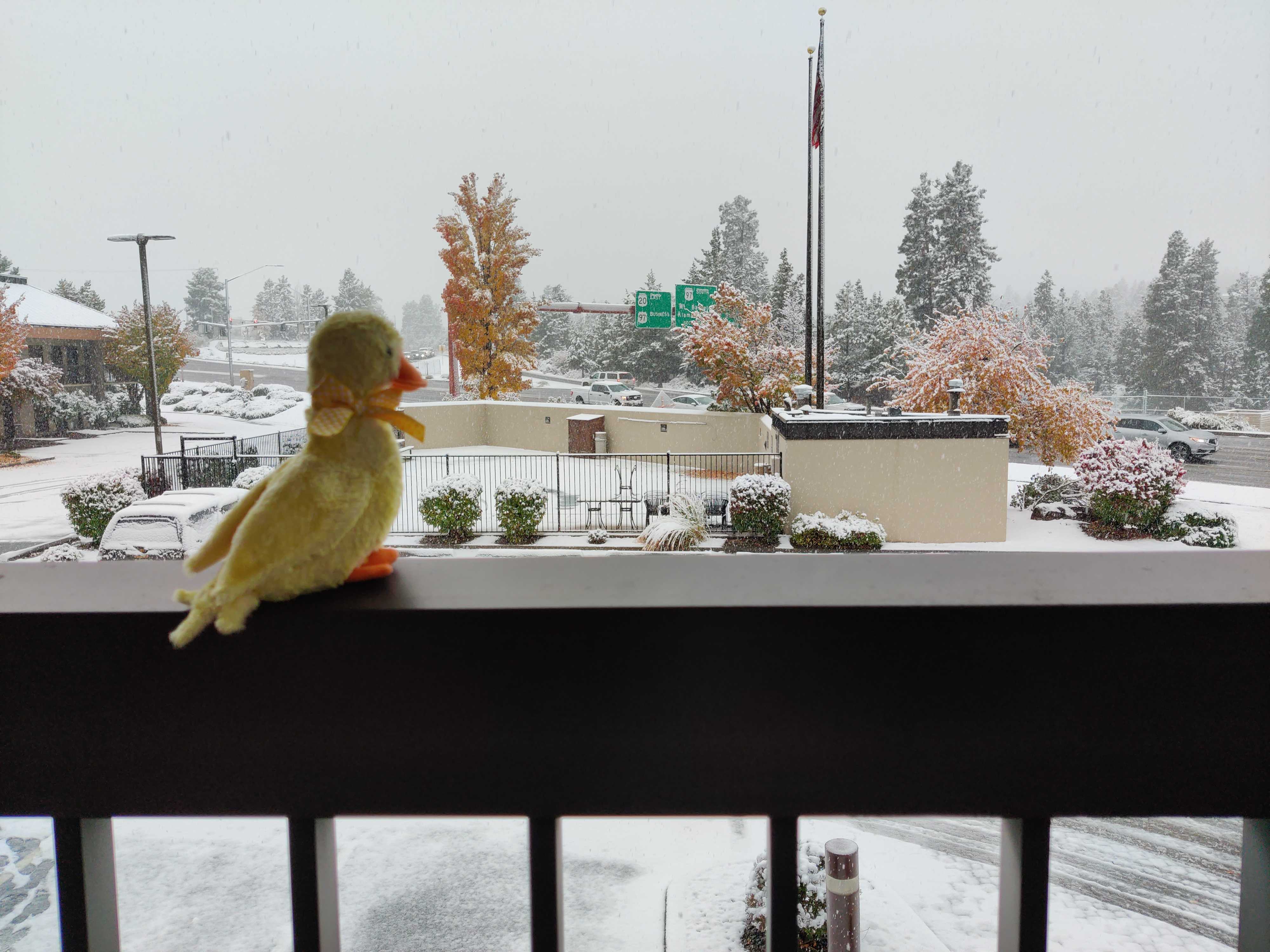 UIST was at Bend, OR. The first day was nice, then I woke up on day 2 and it was, uh, very different than California weather.

The in-person conferences were a ton of fun, especially given the two years of remote conferences, some of which were done as well as possible given the circumstances (shout out to two years of virtual UIST) and some of which were... run less well. It's also been great meeting other people working in similar fields, and maybe there will be potential for larger collaborative projects.

(and that being said, if this work on better electronics design is interesting to you, and especially if you're involved in open source electronics or design tools research - please reach out - richardlin [at] ucla.edu)

Unsurprisingly it's also a ton of work to prepare for the conferences and bring interesting and fun demos. While I bought several recent boards, the most complete end-to-end demo is the BLE multimeter. Instead of the smartphone interface originally envisioned, I ended up building a Wear OS smartwatch app, and you can see it working in the picture. Engineering and possibly useful device in itself aside, I think the main takeaway here is that we can generate PCBs that are relatively complex while the tools automate much of the lower level details, and move towards a world of rapid, easy, and fun design of custom electronics.