The modes are functions of the number of creases and crease folding angle.

At an extreme case when alpha = 180deg, no matter how many creases are there, the corrugated structures (either single-layered or double-layered) will become flat sheets. Here we compare the compression Young's modulus, single layer compression stiffness, double layers compression stiffness, bending Young's modulus, single layer bending flexural rigidity and double layer bending flexural rigidity of corrugated structures at alpha = 180deg with those of flat plates made out of the same membrane material and dimension.

There are only two design constrains:

The input will be the size of the structure (maximum dimension). That's it. 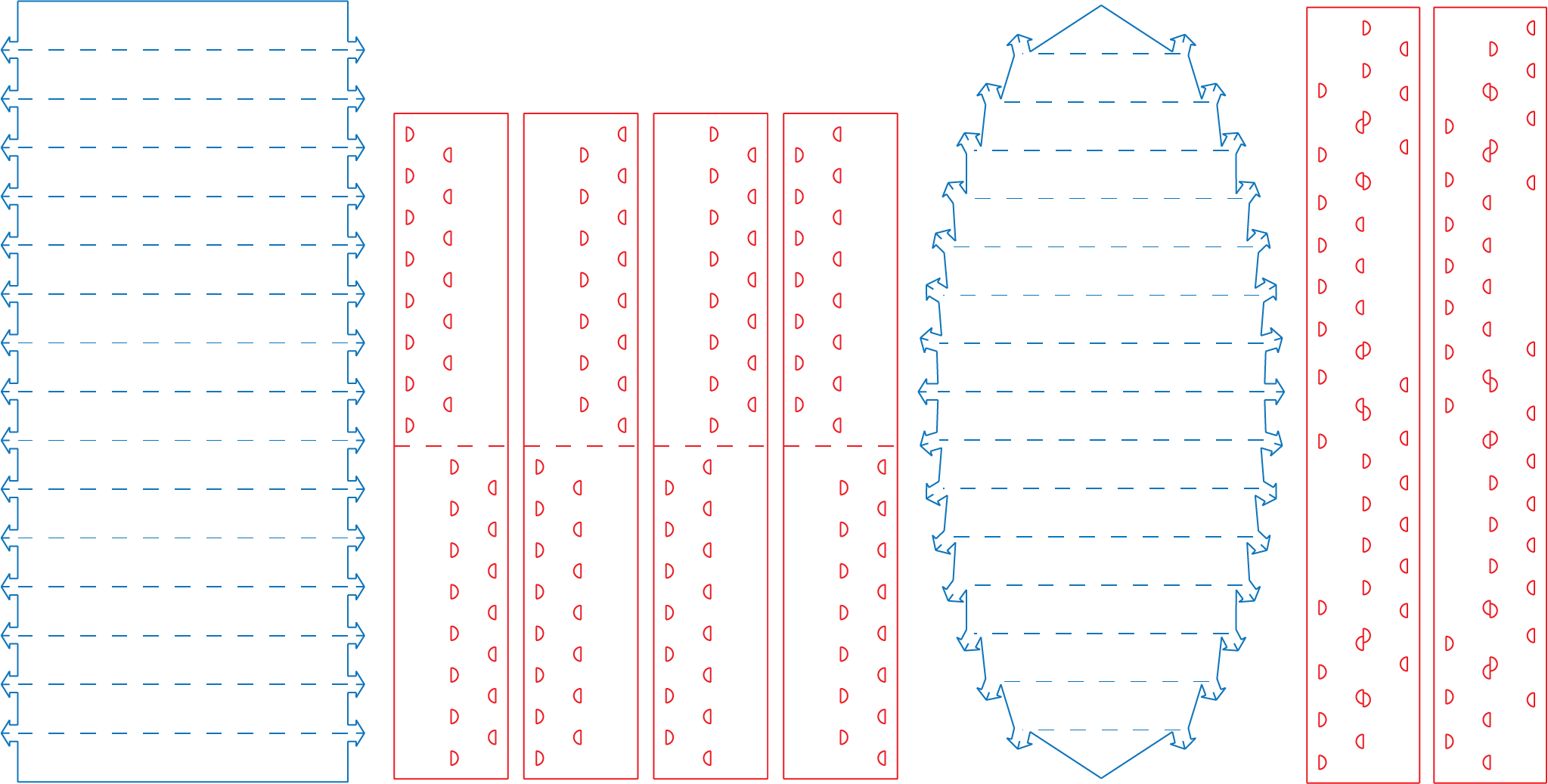 Here is an rectangular sample with 15 creases on each layer. 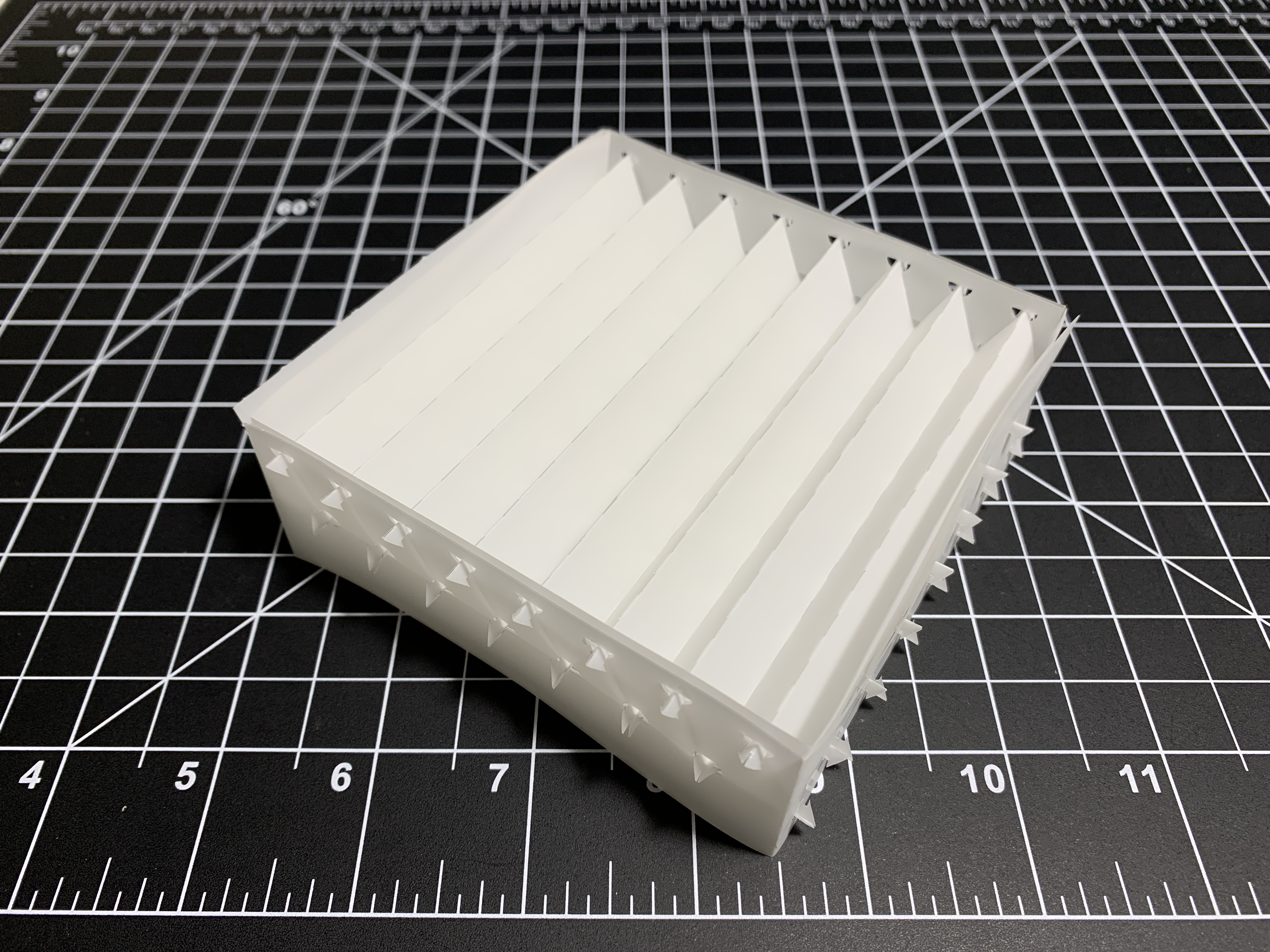