This week I managed to integrate the system of the blimp and conducted a flying test. 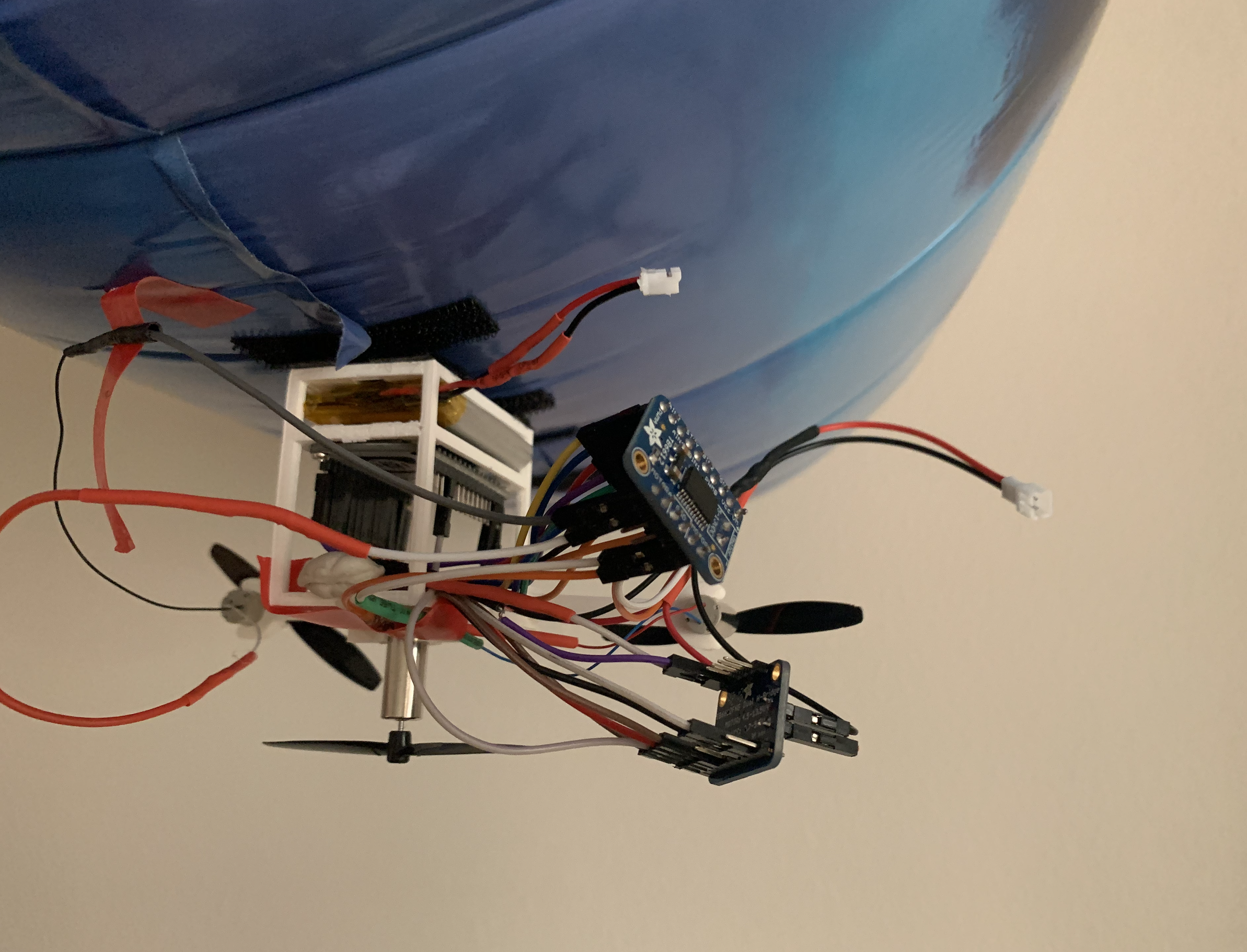 I used blynk app for the wireless control of the blimp. Please refer to Zhaoliang's blog post for further details.

I use only one motor for vertical control.

I use two horizontal oriented motors for horizontal control. To go forward or go back, the two motors spin in the same direction (CW or CCW) to create same propulsion.

For turning, the two horizontal motors will spin in different directions to create a torque.

In order to combine all these motion together, I setup a test environment that a fitness ring is hang in the mid air of the living room while my control goal is to control the shark robot to touch the ring in order to simulate the motion of sending the ball into the goal.

Currently, the control of the blimp is pretty stable. It is easy to assemble and unassemble while there are also possibilities of modulizing the gondola components such as distribute the motors in different areas of the balloon body. Some interesting results are also observed. For example:

1. Forward speed is fast enough for both shark balloon and sphere balloon.

It looks like the shape of the balloon does not have much effect on the speed, however, more shapes should be tested to verify that assumption.

2. Turning ability has a big different between the shark and sphere balloon.

3. Motor itself will create a large torque.

If there is only one motor for the vertical motion, the torque generated is not negligible for sphere balloon. However, for shark balloon, since it has a large moment of inertia, the effect of the vertical torque is quite trival. There are ways of conteract this effect for sphere balloon, which is using two vertical motor rotating in opposite direction. However, that will increase the payload as well.

More intesting tests to be continued...