The past two weeks, I have been developing different balloon facing mechanisms with the goal of creating one that improves the blimp's capability to control the balloon.

My first idea was to build a "fence" made out of barbecue skewers and mount it onto the top of the blimp. The idea was that the blimp will glide under the balloon and catch the balloon with its fence. 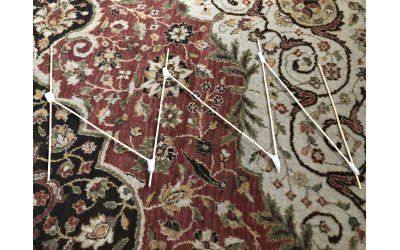 As I was building this idea, I realized that the connection points were extremely weak and that the structure was wildly unstable and so I decided to not move further with the idea.

My next prototype was to once again use skewers but have the design based on a thin plastic hat. 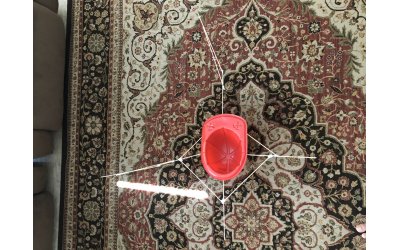 This design started out better but I slowly realized that the hat I was using was not symmetrical and so my skewers could not be connected at angles that would maximize the strength of the system. In addition, the hole for the hat was way too small for the ball and hence renders it useless. Once again, I ditched the idea.

My next idea was radically different as I decided to ditch the skewers altogether and decided to use styrofoam. It has been previously noted that simply attaching a piece of tape or some sort of adhesive to the nose of the blimp was an effective solution but had its shortcomings. The styrofoam design is supposed to mitigate some of these shortcomings while also remaining lightweight. 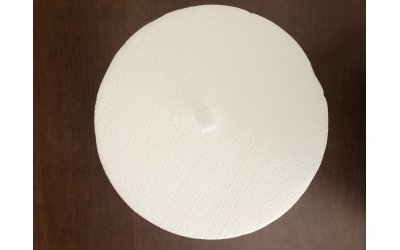 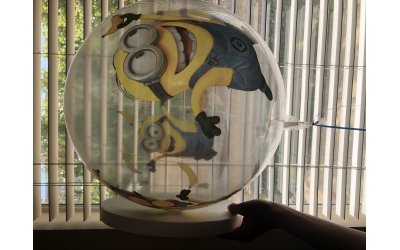 My initial design was just to attach tape to a styrofoam disk, which was effective because it increased the surface area of contact between the disk and balloon and made it easier. This design was vulnerable to the blimp losing control of the ball because the balloon (and tape) can fly off the disk. To combat this issue, I pinned down the tape on the disk as shown below. 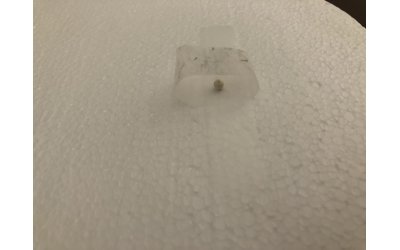 To tackle the issue of the balloon easily flying off the mechanism, I added styrofoam cylinders to the top of the disk and pinned those down. 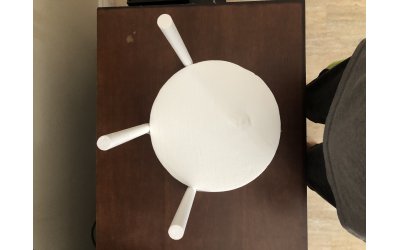 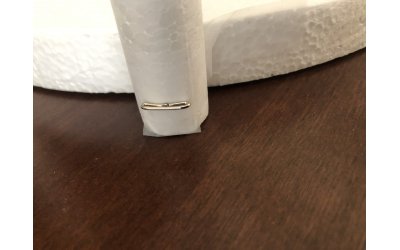 I tested how effective the mechanism was with and without tape was and the videos below visualize the results.

This example is with the tape. This device has a better grip on the balloon. In addition, it can "release" grasp of the balloon but jolting back and forth.

The next step for me is to mount it onto the blimp and see how effective this mechanism is on the balloon.