We simulate the BOEM algorithm against two other offline algorithms. Since these two algorithms requires a long time, we simulated them with sliding windows. 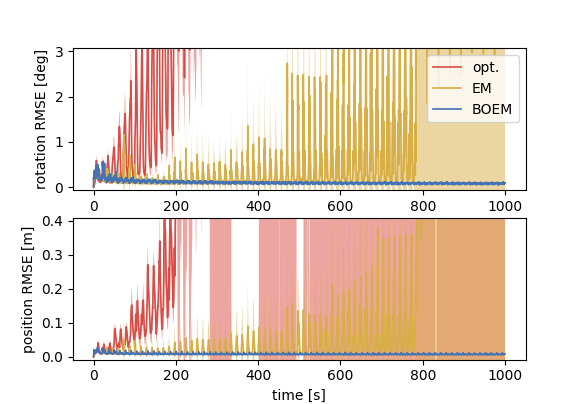 In the first scenario, the block size of BOEM started with 9 sec, and grows geometrically. The sliding windows for both EM and optimization are always 10 sec. The loop closure period is around 13 sec. From this simulation, it shows that the optimization based method diverges first, and then the EM algorithm, both with sliding windows. 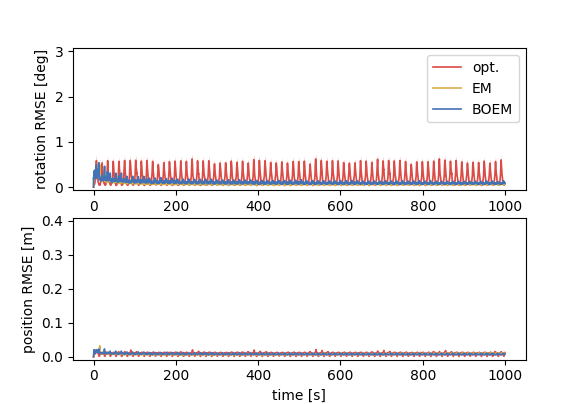 We also provide the result that landmarks are only optimized during the first window of the optimization method. It can be seen that we have a consistent result. However, since the landmarks are not updated for the rest of the windows, we can see that the performance is not as good as the EM based method. 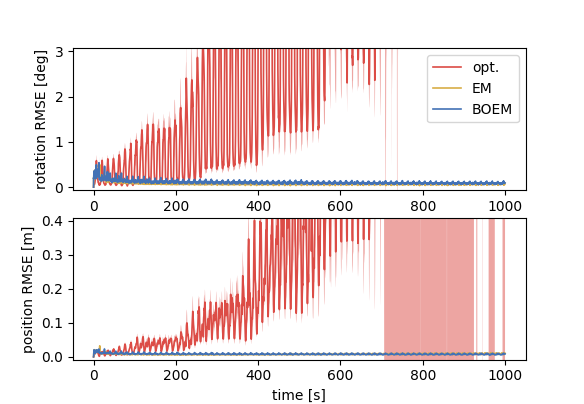 In the second scenario, The sliding windows for both EM and optimization are 15 sec. The block size of BOEM starts with 12 sec. In this simulation, EM converges while the optimization algorithm remains divergent.