Finally, payoff for a feature that's been in low-level development for over a year, and in heavy development for the past few weeks! Port arrays are now advanced enough to implement an abstract microcontroller class, and the end-to-end demo is apparent from the source-measure unit example layout: 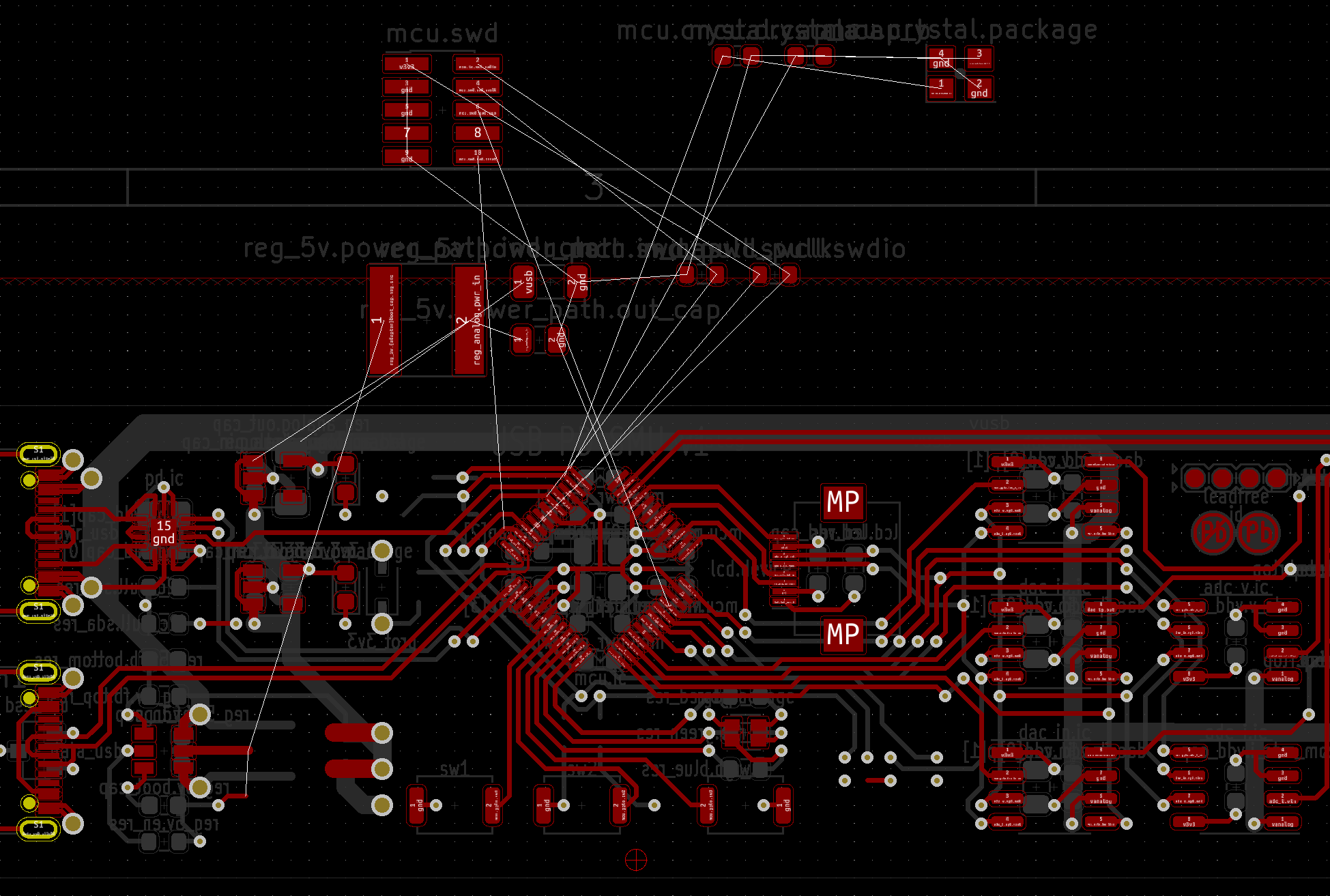 It looks mostly the same - which means that everything I did before, is still supported, all the way down to the manually assigned pinnings. The parts that have changed (the parts scattered across the top) are changes in names, both from the refactoring of the microcontroller block to incorporate the programming header and crystal, and a prior refactor of power converters.

So... why all this work to end up with more of the same? What does all this give us?

Continuing work will need to refactor all the other examples (which should be more straightforward given what is one of the more complex proof-of-concepts), then we can move onto array-to-array connections (probably 2-3 weeks), multipack devices (hopefully more straightforward, but probably 2-3 weeks too), and another iteration of example devices that is more optimized and cleaner.