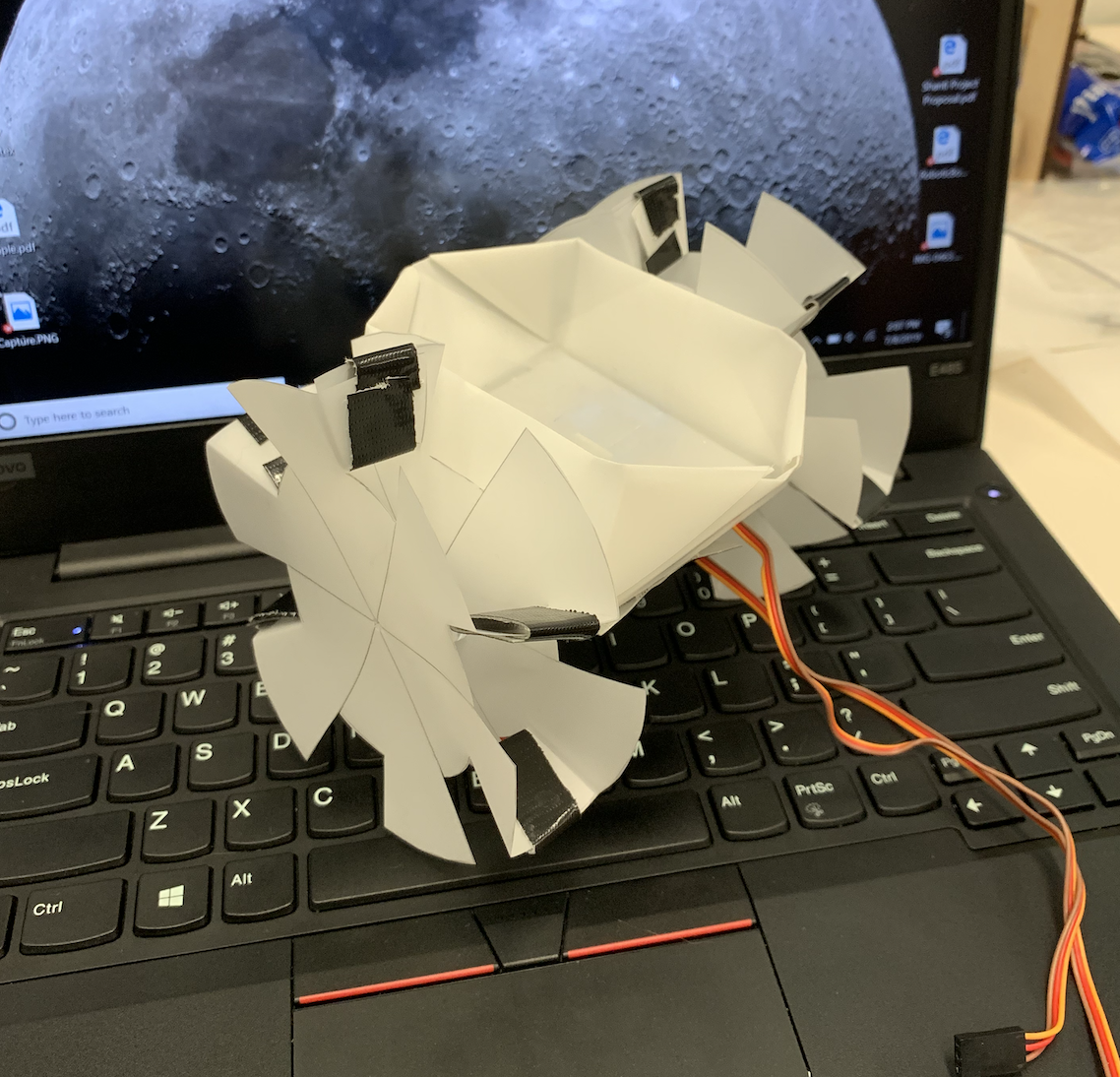 Boat 4 tested that the pinwheels would work with all the electronics in the boat since our last boat was too small to hold the battery. We also wanted to try making pinwheels with six wings instead of four which turned out to be much more difficult than we imagined. Although this prototype worked, it was too bulky and took too long to construct.

With Boat 5, we tested a different method of constructing the pinwheels. Since the first prototype's pinwheels involved twisting and punching small holes in the plastic, they were difficult to construct. We simplified the pinwheel structure by using only cutting, folding, and taping, so that we can use RoCo in the future to design and print out boats.

For Boat 6, we used a simplified boat chassis structure and programmed the motors to turn on with the ESP8266 switch.