This week I was able to make a square cell using wood and foam. On my previous blog posts I had been working with acrylic paper, which has some relative movement vertically and horizontally. My goal was to limit the degrees of freedom of the auxetic structure to be only horizontal at the hinges. I'm hoping that by pacing strategic limits of freedom on my structures, I could get my string system to work as intended.

I first tried using wood, since its pretty rigid. I was hoping if I made it thin enough, the structure would move more as intended. However, it ended up not moving much at all.

Then I made the structure out of foam. However, that ended up having too many degrees of freedom and made it hard to handle just when holding it. I then decided to use a mix of the too materials and place wooden beams on the top and bottom parts of the square cell and this limit its movement to be only horizontal. 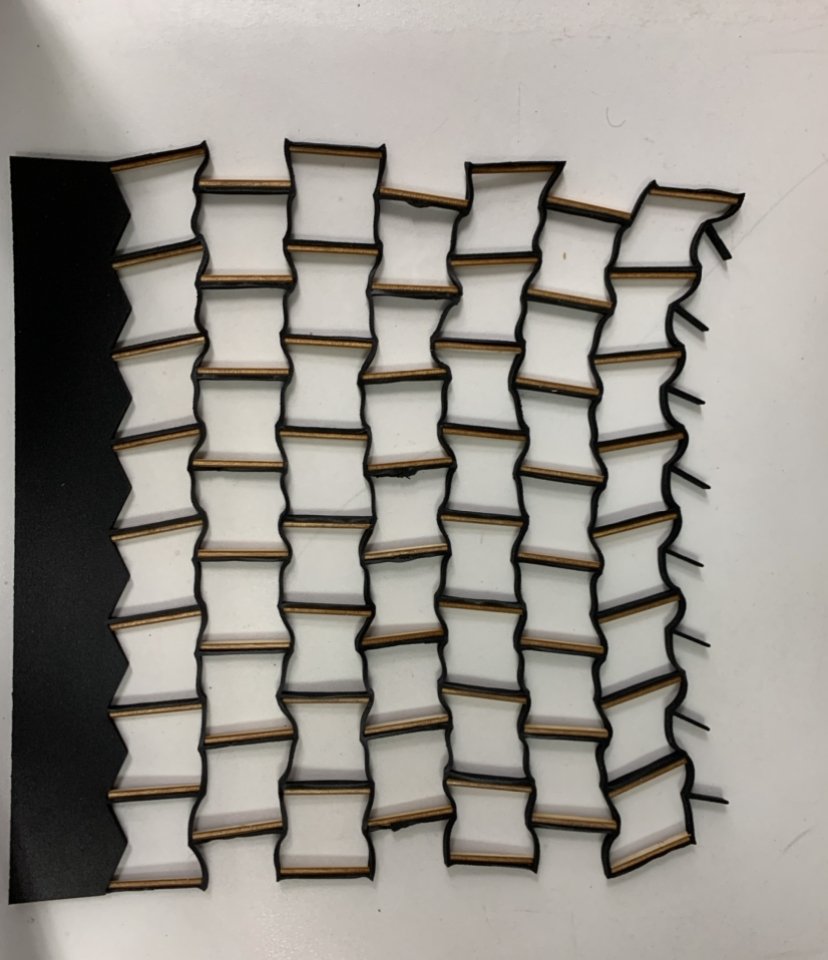 I then integrated the strings into each row of my structure, but only for a prototype version of a square structure. It worked better than my acrylic paper structure but the beams were not made correctly on it, so it messed a bit its behavior.

Then I decided to print beams to the exact measurement of the cell wall and I'm looking forward to better results on my string structure.