During Weeks 1 and 2 I worked on improving the way we started the robots CoLo-PE by moving from using Ubuntu's Remote Desktop solution to issuing remote commands with ssh.

To emulate the functionality of the robot_full_run.sh script which opens up several xterm windows each running a different ROS module/script, I used tmux (terminal multiplexer) to display multiple “terminal windows” each of which run a different command in the format of ssh remote_user@robot_ip <command> <args>.

Using tmux instead of remote desktop significantly reduces the CPU load on the robot computers since the robot computers no longer need to run an X server and render a complete desktop during the tests. This also reduces the network load of running CoLo-PE because while there are more independent ssh connections between the main computer and the robots, there is overall less information that needs to be sent over the network.

During Week 3, I did a test run of CoLo PE with these new changes and the addition of the communication module. 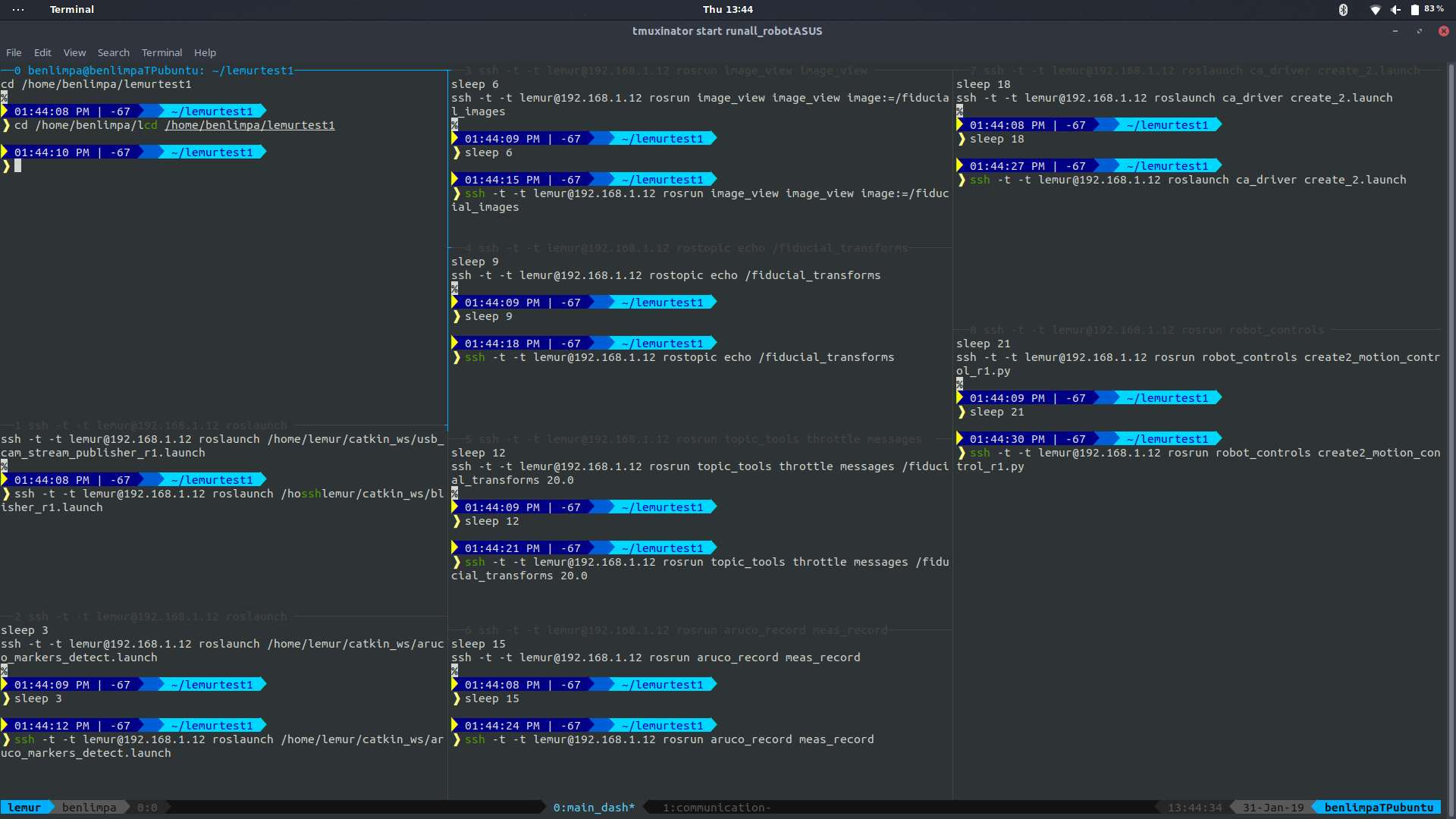