Knowledge of a lighter-than-air vehicle's orientation is an essential initial step in ensuring stable operation. I have been working on implementing a sensor fusion system for the blimps on the FORAY project. The current implementation uses a 6-DOF IMU, the MPU6050. The experimental setup can be seen below. 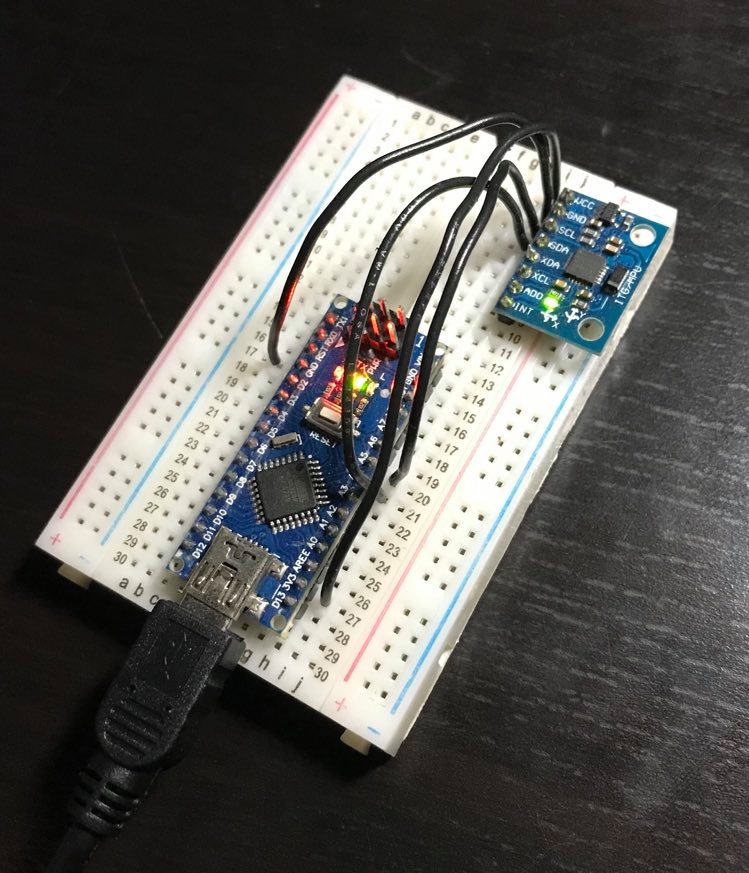 Gravitational acceleration is used as a reference for orientation (as a normal vector to the plane of the IMU) in this implementation and provides a very stable solution with minimal drift. A video of this system in use can be seen below.

I let this system run for an hour and plotted the resulting data. As expected, the change in the gravity vector is very small, but drift is still visible in non-gravitational axes. However, such an implementation does not give reliable information regarding rotation about the gravitational axis, so drift in this regard is expected and can be accounted for/negated with the addition of a magnetometer (assuming a low-noise environment).

I have also implemented a secondary system that continuously integrates gyroscope data to determine orientation (effectively using only 3DOF of the 6DOF IMU). This accrues error very quickly, as would be expected of continuous integration without a reference. As such, it is likely not a viable option for long-term operation.

I have setup the capability to use either the integrated gyro data system or the gravity reference vector system in order to orient the system's acceleration, velocity, and position. I will be collecting data on these tomorrow in order to measure the error accumulated over the course of basic motion. Initial tests have indicated that even tiny errors will have drastic effects over time and that only orientation will be determineable with any level of accuracy (not velocity or position).