Jingyan received his Bachelor of Science in Mechanical Engineering from Purdue University in 2015. During his undergraduate study, he developed his skill in mechanics design and manufacturing. Jingyan worked as a project assistant in Suzhou Santie Co. during several summers during his undergraduate years. He was also involved in product development projects for Wind-Solar Turbine and vehicle energy resource devices related to Brown's Gas, which developed his skills in design and leadership through intensive work experience. Jingyan was inspired during his senior year to work in the robotics field due to his involvement in robot arm design projects, and highly enjoyed the process of making mechanisms.

Jingyan firmly believes that robotics is a field that could generate great value for this world and will play a significant role in future years, and is very interested in the robotics applications in health and medicine area. Jingyan enjoys taking things from concept to reality, and developing robotics in health-related technology has became a life goal for him - it is the way he wants to achieve the worth of his career.

Jingyan hopes to develop into a person who always considers things from a holistic view, and believes well-planned thoughts from this perspective will help him execute details in a new and efficient way. Jingyan received a Master of Science in Project Management from Northwestern University after graduating from Purdue University, and firmly believes the program made him better prepared for his following career in robotics. Jingyan continuously works to develop his thinking and technical skills, and is excited to make one more step towards his goals in the current robotics program.

Check Ling's portfolio at monkalynn813.github.io to see past projects. 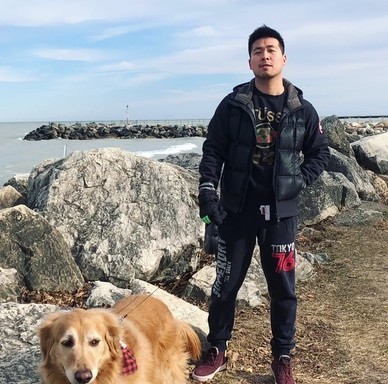